We needed it and we got it: a first win in five weeks. Anything less than three points and we’d have found ourselves outside the top two for the first time since September. There’s still no pressure on us – we weren’t supposed to be where we are – but we want to enjoy the dizzying heights for at least a little while longer, don’t we? Besides, never say never to pulling off the unthinkable. Anyway, here are some of the key takeaways from the latest dramatic instalment of Adams Park action. 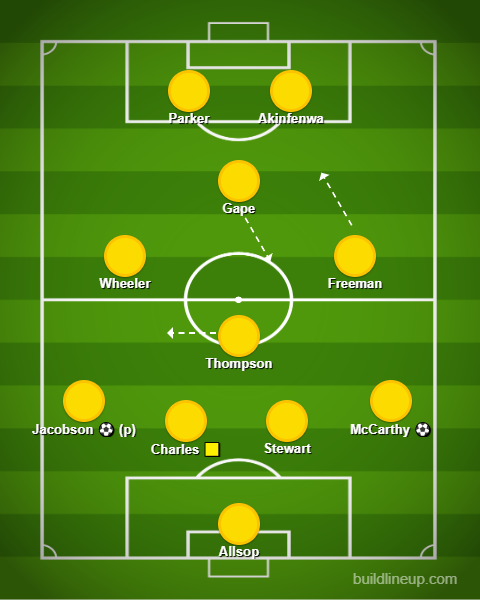 *Note that a penalty is typically worth 0.76 xG, so we otherwise created no more high-quality chances than normal, despite 43% of the action occuring in the visitors’ final third – although that can partly be put down to their playing out from the back.

**On average, we win approximately 32 aerials per game – a mark of how much we kept the ball on the deck but also the impact of Rochdale target man Calvin Andrew.

Return of the Mac 2

And just like that, our right-back woes are a thing of the past. No one is surprised that Jason McCarthy ended his third Wycombe debut by picking up a deserved man of the match award, but that doesn’t make the impact he had any less transformative. We were still far from our imperious defensive best  – looking at it statistically, Rocdhale’s xG of 2.14 was the fourth highest against us this season (although their rather gifted goal will have carried a higher than average xG value) – but for the most part, we appeared to have regained the composure which had eroded over the previous five games. Having an actual right-back at right-back tends to make a positive difference…

Where we most profited, though, wasn’t at the back at all. McCarthy fixed the forward gear which had started acting up in Jack Grimmer’s absence, looking to rampage up the line at every conceivable opportunity, battling hard throughout and restoring vitality to that right flank which has been severely lacking recently – his energy levels are off the scale. The 24-year-old linked up niftily with Nick Freeman following the odd early miscommunication, advancing the ball into strong crossing positions, from which he fired low and dangerously towards the six-yard box on multiple occasions – unfortunately, none resulted in a shot. Typically, of course, his equaliser and fifth Wanderers goal came from a semi-shanked attempt at lofting one – there’s always a peculiar satisfaction in seeing your team score in such fortuitous fashion, mind you.

All in all, it was just a joy to have him back – and if we don’t make another signing during this window, that wouldn’t be a bad thing. Millwall’s loss is our gain (that’s never happened before…) and his impassioned pre-match badge-tapping gesture and goal celebration tell you all you need to know about his feelings for this club. Can we really rule out a permanent return in the summer?

Depending on the stage and state of the game, could have been interpreted as a diamond or flat 4-4-2, a 4-3-1-2, or even a 4-2-2-2 to be honest. It was a tricky one to figure out. Rochdale naturally gravitate towards the wings, so it wasn’t a case of trying to stifle them in midfield. Even if that had been necessary, we’d have failed – as evidenced by the fact that holding midfielder Jordan Williams was able to stroll through us virtually unchallenged on more than one occasion, fortunately without managing to do any damage.

That Williams was able to carry the ball so far upfield with such ease pointed to a potential misjudgement in terms of personnel. Dom Gape started the game at the tip of the diamond and was adequately disruptive in the Matt Bloomfield role, but when he ultimately dropped deeper, we lacked that advanced defensive presence. The shape eventually sat slightly awkwardly between the aforementioned flat four and 3-1, with Nick Freeman the most advanced of the midfield four but predominantly popping up on the right in attack – as a result finding himself out of position to help deal with any subsequent counter-attacks.

Curtis Thompson looked most at home in the change of system, proving himself to be Mr Consistent once again with his flair-infused combativity, whereas David Wheeler – apart from playing a big part in McCarthy’s goal – couldn’t get a foothold in the game for the only time this season. Thompson operated as the central-most midfielder in the four but characteristically covered the breadth of the pitch, Wheeler as a tucked-in left winger of sorts – not the position we’ve become used to seeing him play at all. As a very simple gauge of their respective levels of involvement, Thompson had 55 touches in 89 minutes, Wheeler 21 in 73.

So yes, it was a bit of a strange one. Had Bloomfield started at the tip of a diamond or as a bulldozing 10 in a 3-1 midfield, it might have looked more convincing. There were some very neat passages of play on the deck – not least some of the build-up to our leveller – but they were few and far between and we lacked that ‘in your face’, attack-maintaining figure in the final third. Whatever the formation was – and maybe half the point of it was to be fluid and confusing – it’s something we’re going to have to do a bit of work on if we’re to succeed with it against better sides. Having the full-backs provide the width is all well and good, but rising star Luke Matheson was afforded too much room on the right at times and we left gaps in central areas which the division’s top dogs will exploit. An interesting tactical shift but not yet an optimally-functioning one.

Space for Parker at last

Just the 170 days on from signing, Josh Parker finally made his first league start for the Blues (or yellows, as it was on the day). And it sure was satisfying to see him make the boo-boys eat their words. Playing up front alongside Adebayo Akinfenwa, this was only the Antigua and Barbuda international’s second appearance as a striker for us. Coincidentally, the previous one came in the reverse fixture in September, when he came off the bench with a quarter of an hour to go and put in a fine shift, striking the bar with a splendid curling effort which led to our third goal. He spent much of the 2017/18 season as Tom Eaves’ strike partner at Gillingham, notching 12 goals in all competitions; it is his best position.

While his finishing will sharpen up with a run in the side, he did plenty well in a non-scoring sense. Some clever link-up play brought us out of some potentially tight spots, while he regularly drifted from his central role to try and turn provider from wider. His considerable pace means he can close down in an instant – even if he’s less of a terrier than Alex Samuel – as well as allowing him to get on the end of driven drop-kicks from Ryan Allsop. About the only thing we didn’t see much of was his aerial ability, although he wasn’t targeted often. Give him another start at Peterborough on Tuesday night please, Gaz! 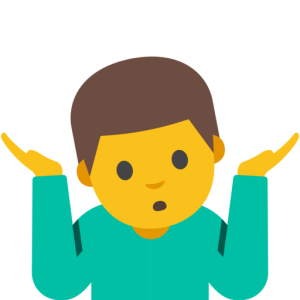